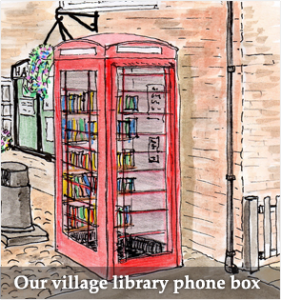 Hatton is not strictly a village but rather a hamlet as we do not have our own church. First records note in 1230, that the hamlet was given by Geoffrey, son of Adam of Dutton, to William, son of Hothy of Hatton and has historically comprised farms and labourers cottages. It is believed a Roman road may have followed Goose Lane and Daresbury Lane.

Occupations were evidenced in the 1881 Census including a dressmaker (there were at least 4 in the village); a brick maker; a draper; a farmer of 140 acres, employing 5 labourers and a boy; a blacksmith; a washerwoman and a Wesleyan Local Preacher who was also a shoemaker. Between the wars Hatton saw an influx of Irish potato-pickers who were housed in lean-to’s, which were a common feature at that time. These became known as “paddy-shants”.

The Post Office, the last shop and the last of the chapels have disappeared in recent times. Earlier generations saw yet more dramatic changes. Parish Council Minutes record a reluctance to accept the provision of piped water by people who trusted the quality and reliability of water from their wells. Symbols of the village school remain and many house-names have survived the centuries, though Hatton’s “local” has quenched the thirsty through several inn-names.

How will your grandchildren know of “Soul Cakers”, “Paddy Shants”, or the Needle Factory

The Parish as it is today

Hatton is a small rural parish in close proximity to Warrington. It enjoys a population mix of ‘old’ and ‘new’ residents. The Parish has above average indicators for prosperity and health, with less than 7% falling below median income levels. Family life remains important and pupil attainment in Key Stage 1 and Key Stage 2 exceeds both Warrington and national averages.

Hatton parish has long-held a real sense of community spirit even though there are currently no remaining community buildings available to its residents.

Nearly 75% of our population between the ages of 16-74 are economically active, with the majority working in managerial, professional or semi-professional occupations; this is higher than both Warrington and national levels. There is a majority of working age adults, which exceed the number of over-65’s by approximately 2:1. As there is minimal employment within the parish, the majority commute to work. The majority of residents own at least one car (some 95%) and Hatton also has a higher than average number of residents that work from home.

Housing in the parish is over 90% owner-occupied; with average house prices exceeding the national average. The parish has a relatively small number of business premises, which bring nursery facilities, pet boarding, timber supplies as well as farming activities.

Hatton has an abundance of public footpaths, including a section of the Mersey Valley Way and we often have country pursuits taking place within the Parish; these are held on land which is privately owned, by the Daresbury Estate and private individuals. Such interests include shooting, drag hunts and cross-country horse-riding. 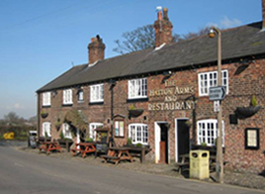 Find out where the nearest pubs, doctors, post boxes are and other local information.
Read more 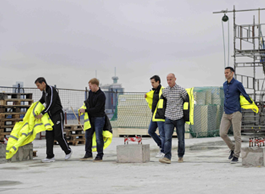 Find out where the nearest local businesses are for your all your needs.
Read more